Is your Dyson vacuum starting and stopping on its own in the middle of use?

Is it not holding charge even after hours of charging?

If you’ve had the same battery for at least two years, these are tell-tale signs that it might be time to replace it.

Under normal use, the lithium battery that powers your handheld or cordless Dyson vacuum can serve you for a few solid years. However, the battery needs replacing after extended use. After you install an aftermarket replacement battery, your vacuum should regain its cleaning power.

In this guide, I will show you how to replace a Dyson battery whether yours is a cordless model such as the VS 6 or a handheld vacuum like the DC16.

Things you will need

How to Replace A Dyson Battery For A Cordless Vacuum 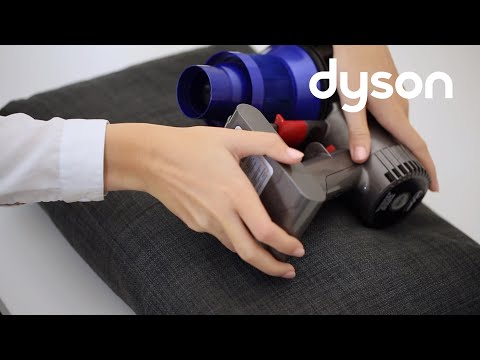 If you have a cordless stick vacuum such as the VS6, follow these simple steps to replace the battery.

With the vacuum now working like a handheld, press the clutch button seated on the opposite side of the cyclone head handle and directly on the transparent bin. Gently pull the bin to detach it from the cyclone head.

Place the vacuum on a flat, stable surface with the handle facing you. In this position, you can access the three torque screws holding the battery in place. Two of the screws are at the back of the handle while the third one is on the underside of the battery.

Using your screwdriver, remove the two screws at the back of the handle. Next, turn the vacuum and lay it on its side to access the screw on the battery’s underside. Remove the screw and with the vacuum still in the same position, pull out the battery. You might need to apply a little force here to get the battery out.

Next, secure the battery with the torque screws. First, fasten the screw on the battery’s underside and then proceed to replace the remaining two screws on the handle.

Attach the transparent bin back onto the cyclone head and snap the vacuum stick to the respective end of the cyclone head. This should reassemble your cordless Dyson ready for charging. The replacement battery might come with some charge but it is best to charge the battery to full before using the vacuum.

Pro Tip: Be sure to dispose of your battery safely and per local regulations.

How To Replace A Dyson Battery On a Handheld Vacuum

For most handheld Dysons, you will not need to unfasten any torque screws. Follow these easy steps to replace the battery on a handheld vacuum such as the DC 16 or D35.

First, switch off and unplug the vacuum from its charger. Be sure to empty the bin before undertaking this maintenance routine.

Place the vacuum on a flat stable surface with the handle facing you for easy removal of the battery.

In most handheld Dysons, the battery acts as the base and sits right below the vacuum’s handle. To release the battery on a vacuum such as the DC16, locate a release button on the surface of the battery, press it down, and pull the battery outward.

On other models such as the DC35, the release button might be on the handle itself. With these models, you would need to hold the vacuum instead of placing it on a surface as the battery comes out with a pull downward. Simply press the button on the handle and pull the battery using a downward motion to release it from the vacuum. 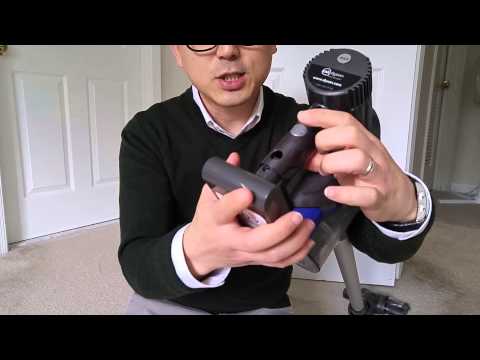 Grab the replacement battery. Slide the battery in, ensuring that it aligns with the grooves in the battery holder of the DC16 vacuum. Give it a slight push in. A snapping sound will tell you that the battery is locked in place.

For models such as the DC35, pressing the release button on the handle makes it easy to insert the replacement battery into the holder. For this one as well, give the battery a little push and listen for a snapping sound to be sure that the battery fits snugly.

Charge your vacuum as usual. Whichever model your vacuum is, you want to charge the new battery to bring it to its full potential before using the vacuum.

If your vacuum is acting up, do not panic or be so quick to toss it. If you mostly use your