Vacuum cleaners make life for owners a lot easier. But sometimes things can go awry. Maybe you’ve thought of a scenario when a mopping robot runs over poop. You’d likely ask: ‘what happens when a Roomba runs over dog poop?

Robot vacuum models like the Roomba have become so popular because these devices can work on their own. Pet lovers like you don’t have to monitor it during a cleaning cycle, essentially letting you focus on other more important tasks around the house.

Yet there are times when things don’t go as smoothly as it should be as you would learn in this article.

What happens when a Roomba runs over dog poop? 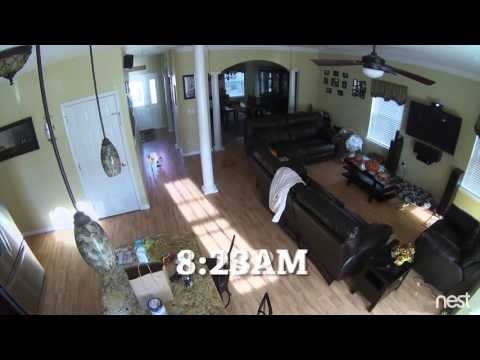 While the Roomba vacuum is smart enough to determine how much time it needs to clean a room and even to empty its bin, there are a lot of things that it can’t do yet like avoiding pet feces.  A Roomba will just run over the poop and smear your place with feces.

And the makers of the Roomba acknowledge this fact.  In a 2015 article published by the UK-based TheGuardian, it cited a spokesman of iRobot who admitted that the Roomba would step on dog poop and vacuum it all over the place.

The iRobot official was reacting to a viral Facebook post about ‘poopcalypse’ wherein an Arkansas resident named Jesse Newton scheduled his Roomba to clean the living room at 1:30 in the morning. The said guy wanted his family to wake up to a clean space all the time, hence the early morning Roomba cleaning cycle.

However, his plan backfired when his puppy’s poop was run all over by the Roomba. The unit didn’t stop, unfortunately. It continued its cleaning cycle around his house which practically spread the poop to the floorboard, furniture legs, carpets, rugs, and toy boxes.

In his graphic Facebook post, Newton wrote that the Roomba left 25 feet of poop trails all over his house.

You don’t have to look far for cases similar to what happened to Newton. Here’s a YouTube clip that can give you a visualization of what will happen when a Roomba runs over dog poop. 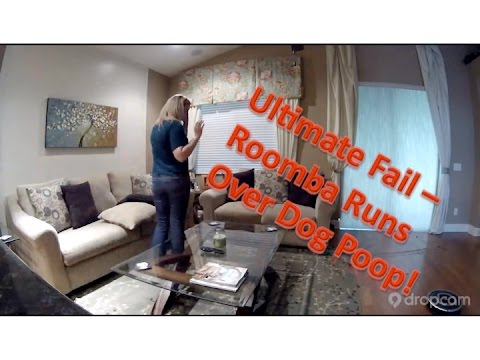 As you can see, the dog did his business in the morning. The owner of the Roomba scheduled it to clean the house past 1 in the afternoon. And since there was no one around to prevent the robot vacuum cleaner from running over the feces, it practically made a big disaster.

TheGuardian quoted the iRobot spokesman as admitting that Newton’s case is common. He emphasized that the company does not recommend Roomba users to schedule their vacuum if they know that there’s no one around to watch over their pets.  “Anything can happen with animals,” the official was cited as saying.

He also said that iRobot engineers are aware of this issue.  It remains to be seen, however, if there will be any technology or function that iRobot will integrate into future versions of the Roomba to prevent future iterations of ‘pooptastrophe.’

Hence, the only way to prevent the Roomba from causing a ‘pooptastrophe’ is to never use its scheduling feature unless you are present to inspect the floor conditions.

How to clean a Roomba with poop 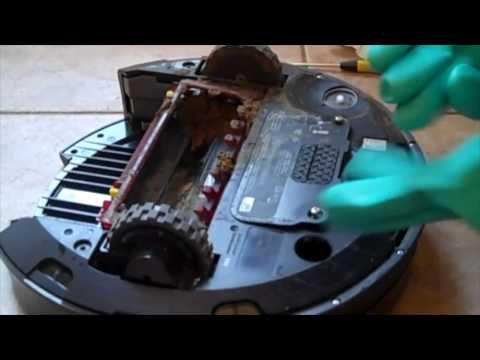 Cleaning a Roomba teeming with poop is the last thing you want to do. But if and when this happens, you definitely have no choice but to do it, right?

In cleaning a Roomba which has been dirtied with poop, you need to remove the wheels first. Watch this video tutorial on how to clean poop out of a Roomba.  As you would notice, the lady first removed the wheels, cleaned, and rinsed it well.

You should also check the other parts of the robot vacuum cleaner like the canister which collects dirt. Check if this part of the vacuum has been soiled by poop as well.  The same goes for the filter, spinner, and other parts of the Roomba.

Cleaning poop out of a Roomba is a disgusting task thus it pays to remember iRobot’s piece of advice:  never schedule the Roomba to perform a cleaning cycle without you or any adult in your home present to check on the floor conditions.

As you have learned after reading this article, the Roomba will not stop when it goes near animal poop. It will just run over and leave an unsightly and stinky mess.

Is there a mopping robot that can avoid dog poop?

While the engineers from iRobot still have to find a way to address the inability of the Roomba to detect and avoid animal feces, a Chinese start-up has invented the technology for robot vacuums to dodge pet poop.

The company is called Veniibot, based in Chengdu, China. In late 2018, it unveiled its Venii N1 robot which is smart enough to detect and avoid animal feces.

The N1 has two front-facing cameras. One is looking upward while the other is slightly pointing downward. The latter is particularly critical as it spots pet poop in different sizes, forms, and colors.

Here’s the Veniibot Venii N1 in action.  As you can see, the downward camera is not only vital in detecting animal poop but also detecting carpets and hard floors. As for the upward-looking camera, it is used in detecting taller obstacles and even identifying the face of its user.

Of course, the Veniibot Venii N1 is still far from being considered near the level of the iRobot Roomba. While the latter is not yet that advanced to spot and avoid dog poop, it is definitely more renowned, trusted, and reliable compared to the Venii N1.

The question ‘what happens when a Roomba runs over dog poop’ has a simple and disgusting answer– the robot vacuum for pet hair will simply continue its cleaning cycle and in the process, spread feces all over the place.